Colonel Erin C. Miller is a 1998 graduate of the United States Military Academy at West Point where she earned a BS in Economics, and she holds a Master of Military Arts and Sciences degree from the U.S. Army Command and General Staff College. She is an Army logistician who has served in numerous leadership positions and has commanded through the battalion level. She most recently served as the Chief of Sustainment for the 101st Airborne Division (Air Assault) and, while deployed to Afghanistan in 2018, served as the United States Forces-Afghanistan J4 Director of Logistics. COL Miller is currently serving as an Army War College Fellow at MIT for the 2019-2020 academic year and was selected to command the 10th Mountain Division Sustainment Brigade starting in summer 2020. 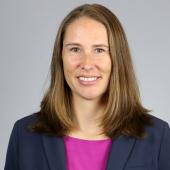